Save the Secret Garden! 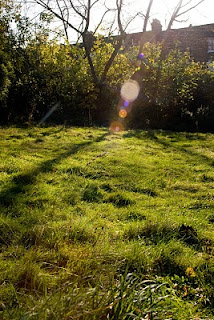 We've been campaigning for a while now to save this precious gem, a hidden area of rare grassland in the heart of Highbury at the NCH/Action for Children site on Highbury Park. The garden, which has never been built on, lies between Lucerne Rd, Legard Rd and Avenell Mansions and has been subject to a planning application which would build 149 housing units at the site, destroying the grassland forever.


Recently we had the good news that the planning application is being withdrawn. Action for Children are now considering what changes to make before resubmitting it.
This week I'll be writing to Dame Clare Tickell, Action for Children's Chief Executive, inviting her to rework the proposals so as to preserve the grassland at the site in its entirety, for example as a nature reserve.
Action for Children have said they want to leave a legacy for Highbury. That legacy is staring them in the face!
Posted by Emma at 16:46

Labels: Save the Secret Garden