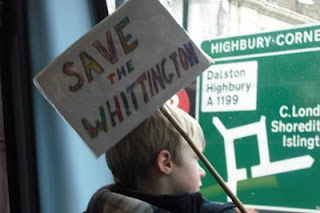 On mothers' day, Gordon Brown went online with Netmums to make a series of 'promises'.


The first was that maternity services 'should definitely remain a priority'. But the reality is that health cuts of £4 billion this year, with the Treasury looking for a further £10 billion cuts thereafter, are already leading to the closure of maternity units across London. Just last week the general secretary of the Royal College of Midwives warned that these closures, driven by financial considerations, would lead to 'large and impersonal' birth 'factories'. And here in Islington, the Whittington hospital's maternity unit is threatened with closure despite having been rated one of the safest places in Britain to give birth.
Brown's second promise of a right to a home birth for anyone who wants one is similarly unachievable: home births can only happen with the support of a nearby hospital from which midwives can travel with potentially life-saving equipment for mother and baby, including oxygen. (I should know - I had two babies at home with the help of Whittington midwives!)
If Gordon Brown is serious about gaining mothers' votes, he should start by guaranteeing the future of vital local health services. NHS officials have recently confirmed at a meeting of Islington Council's North Area Committee that Ministers could save the Whittington now if they chose. Enough warm words - it's time for action!
Posted by Emma at 19:08