Just a very quick post to say - what a fabulous day out canvassing in sunny Islington today!  Here I am pictured with our wonderful Green councillor, and Parliamentary Candidate, Caroline Russell (@highburyonfoot)… 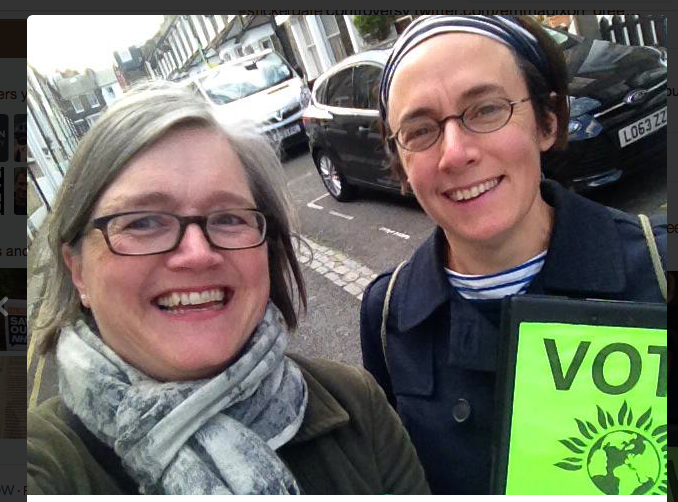 It's the first time I've been out canvassing this election and it was really striking how the tide seems to have turned towards the Greens.  This is due in no small part to all Caroline's excellent hard work as a councillor, and I'm sure we've been helped by (at last) getting some decent coverage in the leader debates.

And we met so many people who were undecided between Labour and the Greens, or who had decided to vote Green having voted Labour all their lives.

One man told me he stopped voting Labour and started voting Green when the "son of Thatcher" came into office.  He meant, of course, Tony Blair.

But many were much more recent converts.  One man who was planning to vote Green for the first time said "for me, Ed Miliband lost it in the TV debate last night with his attitude to the SNP".  Over and over again, voters told us they couldn't believe a Labour leader would rather have David Cameron in number 10, wreaking more destruction on the lives of the poorest and most vulnerable, than do a deal with the SNP.

And we met so many people who were voting Green with huge enthusiasm.  Everywhere we went there were Green Party posters up (see pics below) - sometimes in the upstairs windows where teenage kids were voting Green even though their parents were sticking with one of the 'grey' parties.

The tide is really turning.  People are coming to the Greens as a fresh, positive alternative.  The peaceful political revolution starts here!

Why it is not OK to use kids as free political advertising! #stickergate 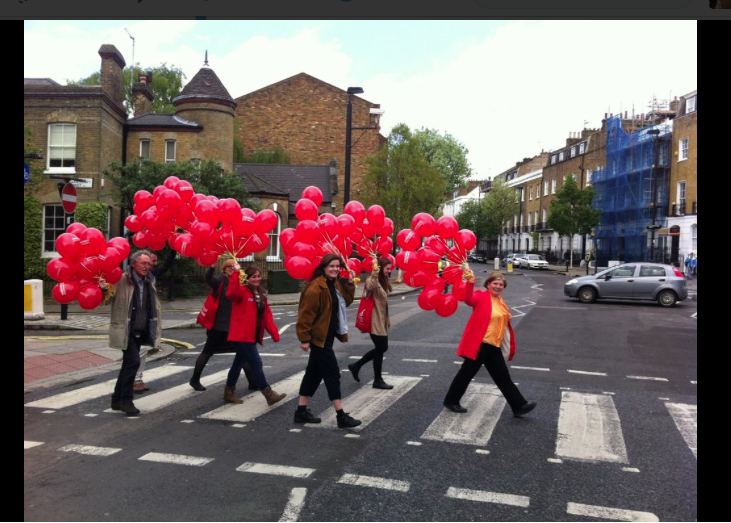 This week the Islington Labour party were yet again waiting at the school gates of primary schools armed with 'vote Labour' balloons and stickers aimed at children as young as 4 years old.  They have form for this and it isn't the first time someone has suggested that this form of campaigning exploits children.

When we challenged Emily Thornberry about this she suggested it was just a bit of fun.  So, are we Greens just spoiling the party atmosphere, or is there a serious point here?

Indoctrination of primary school age kids is prohibited by law (section 406 of the Education Act 1996). This includes promoting a particular political party to them. That is for broadly the same reasons that a lot of people would like to limit or prohibit advertising to young kids. They are not sophisticated enough to understand what's being pushed at them and how; and they don't know what other options they have.


The position for secondary school kids is different - there, you can have mock elections etc and provided this is done in a balanced way it is not only permissible but desirable. Of course it would still be absolutely impermissible, unbalanced and plain wrong to push just one political party to kids in a secondary school.

To me these considerations all apply with equal force at the school gates.

The simple fact of the matter is that if the Tories, UKIP or even the Green Party were down at a school with armfuls of blue, purple or green balloons many people would be absolutely up in arms.  Yet some of my Labour supporting friends have been relaxed about pushing Labour party stickers and balloons at primary school kids.

So, why is the Labour party different?

In my view the problem here is that Labour feels entitled to the votes of people in Islington. A lot of people here do vote Labour, sometimes over 50% of those voting in Islington North (but still way under 50% of the whole population including non-voters!)

But there is a still a sense of entitlement, of saying 'these are our voters, of course they want our badges/balloons'. I believe that sense of entitlement is wrong and damaging. It also makes it very difficult for people to dissent or disagree, even just to the extent of making their child the only one without a balloon or a sticker.

Thornberry has sought to defend her actions by saying that children and parents had a choice about whether to take a sticker or balloon.  But local parents are telling us every single kid walking out of school that day had a Labour party sticker on his/her uniform.  I don't accept there was any real choice here.  Anyone who has ever collected a kid from primary school knows that would be about the last possible time and place you would want to have a detailed political conversation (or any serious conversation) with an adult. We also all know that kids will see stickers and balloons and will want to have one and that the path of least resistance is often to allow that.

So, what can we do about this and what needs to change?


I would like to see all political parties in Islington and elsewhere stay away from primary school gates and concentrate on having canvassing conversations with adults at an appropriate time and in an appropriate place.

I actually think that older primary school children are completely ready to learn about politics and I would like to see hustings organised aimed at this age bracket (say 9-12 year olds) with their parents, as well as hustings aimed at teenagers aged 13-17, so that children can start to learn and get informed about the policies of *all* the parties.  Surely that's the right way to go about civic engagement for primary school children, Emily?
Posted by Emma at 10:48 No comments: