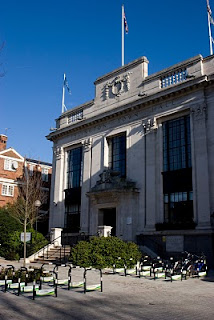 I went to my first hustings of the Parliamentary campaign on Thursday. After a couple of tense hours preparing in the back room of Euphorium opposite the Town Hall, I took to the platform together with the Parliamentary candidates from the three other parties.


I'm happy to report that I was given a really warm welcome by the Pensioners' Forum - special thanks to its chair, George Durack, for that. There was a lively debate on issues ranging from the Olympics to renationalising the railways!

You can read all about our policies for pensioners in our Pledge for Older People, but here's a taster. The Green Party would end means testing for pensioners' benefits. Means testing is not working - there is currently £2.9 billion of unclaimed Council Tax benefit for pensioners - and it's unfair. We would introduce a Citizens' Pension of £170 per week (a figure supported by the National Pensioners' Convention) for all, irrespective of contribution record. Our proposals are fully costed, and the increase would be funded by progressive taxation and scrapping wasteful expenditure on (for example) Trident and ID cards.

Once I'd got over the first night nerves I ended up really enjoying the hustings - in fact I'm looking forward to the next one already!
Posted by Emma at 11:57