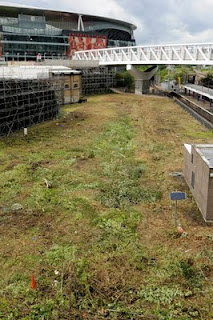 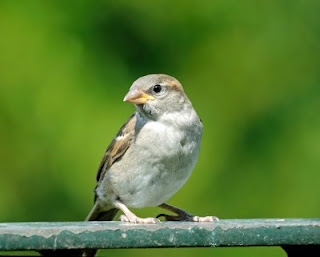 As you might have read in the local papers, a couple of weekends ago Network Rail workers completely destroyed the trees and shrubs at Drayton Park Station sidings, a site of Local Importance for Nature Conservation in Islington whose trees included silver birch, willow and rowan as well as a number of woodland plants. The workers have razed the entire site to the ground. It is of the utmost concern that Network Rail did not consult with the proper bodies before taking irreversible action to destroy the wildlife at this site.

A large number of bird species either nest in or depend upon the sidings, including the great spotted woodpecker, sparrowhawk, kestrel, jay, greenfinch, goldfinch, woodpigeon, the house sparrow (a Red Data Book species, pictured) and many others. Some species will have had their nests destroyed in the devastation, and it is quite likely that their second and third brood nestlings will have been killed.

It is an offence against the Wildlife and Countryside Act 1981 to take, damage or destroy the nest of any wild bird while it is in use or being built. The Friends of Gillespie Park have written urgently to the Council asking them to take immediate action to bring those responsible to account for their actions. Thus far, the Friends have, unfortunately, been met with a succession of excuses and misinformation. Now Network Rail are saying that the wildlife was cleared for 'safety' reasons - an explanation which sits ill with the fact that they had previously let trees grow at the site undisturbed for nearly ten years.

Drayton Park sidings has been an important part of a ‘green corridor’ which, together with Gillespie Park, the Parkland Walk and other open areas including the Arvon Road allotments, needs to be managed for the benefit of local wildlife. We support the Friends of Gillespie Park in calling upon the Council to act now to ensure that there is no possibility of any future vandalism at this site or at any other wildlife site in the borough. Those responsible must be held to account.